UpdatedWednesday July 19, 2017 byBrian Logue, Director of Communications at US Lacrosse. 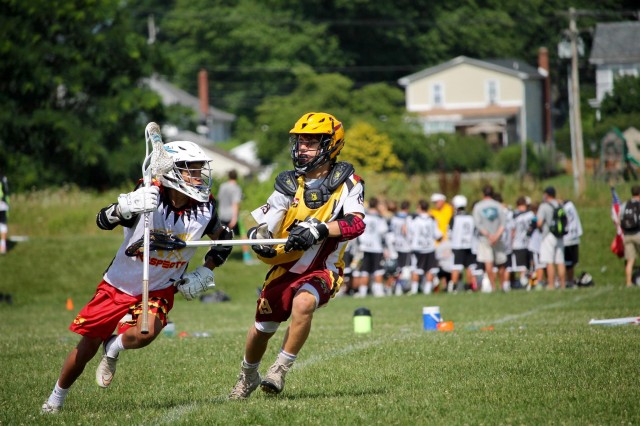 A little while ago, I overheard a conversation between a couple of youth basketball coaches. They were breaking down how their rec season was going, what they should have done differently at the draft, and how one of the teams in the league was stacked.

And yet, a few years later, you realize that probably most of it didn’t matter.

When my son first started playing travel sports around the age of nine, I lived and died with each play. I wanted people to think he was a good player. I didn’t want him to mess up. I inwardly questioned the coaching strategy when we lost, and sometimes even when we won. When we traveled all over because we “needed” to play better competition, I was all for it, and our family spent a lot of money and time to let him play.

I don’t regret it. My son had a great time playing competitive sports. Now a senior in high school, some of his best friends to this day came from those early teams, even when they never went to the same schools. Some of my best friends are the parents and coaches from those teams.

But some of the things that were important to me then, turned out to be not that important. I’m pretty sure the world would have kept spinning if he waited a couple of years before he learned how to play against the press in basketball. I’m really confident that he didn’t have to learn how to lead off and steal bases in baseball before he hit puberty.

In the grand scheme of player development, the race to competition on a full-field with high school rules isn’t necessary in my experience. The things kids learn by all of that high-level competition at early ages rarely trump raw athletic ability as they get older. You can learn strategy. You can develop stick skills. But it’s much harder to make yourself athletic.

Two kids I coached in basketball, one in travel and one in rec, were very athletically gifted, but extremely raw. They were far from the best players on those teams, and quite frankly, didn’t factor into whether we won or lost all that often. Last week, they both signed scholarships to play college football.

The kid that threw hard on my son’s first travel baseball team, but struggled to get the ball over the plate so much that he rarely got to pitch, is now playing Division I baseball. As a pitcher.

You can argue that lacrosse is different. With early recruiting for college, many argue there is more pressure to get kids ready for “real” lacrosse at earlier ages. But put yourself in the shoes of a college coach at a recruiting event.

These are some of the reasons I believe firmly in the Lacrosse Athlete Development Model recently announced by US Lacrosse. Not everyone will agree with everything, and people’s personal experiences will shape their own beliefs. It’s a model that will evolve over time. When is the right time to bring in different aspects of the game? Those are things that will be evaluated and refined as the model develops.

What won’t change are the fundamental principles. Youth lacrosse should be about kids having fun, learning to compete and coming away with a love for the sport that keeps them coming back year after year.

Brian Logue is the director of communications at US Lacrosse. He coached his first youth sports team in 1992 and has actively coached a variety of youth sports for the last decade.